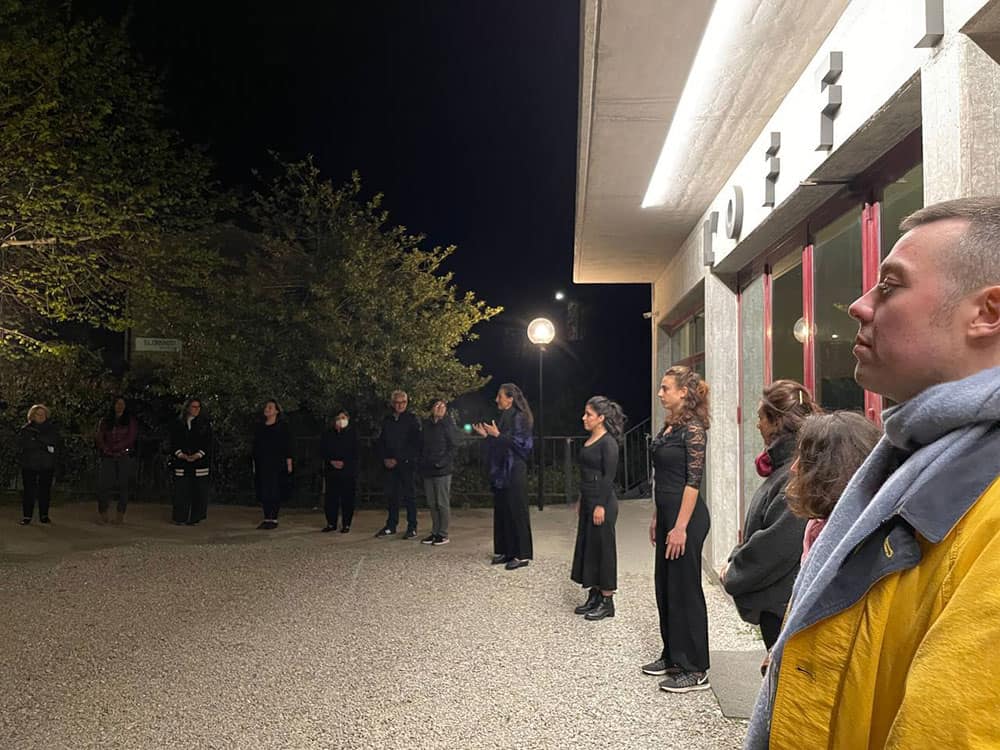 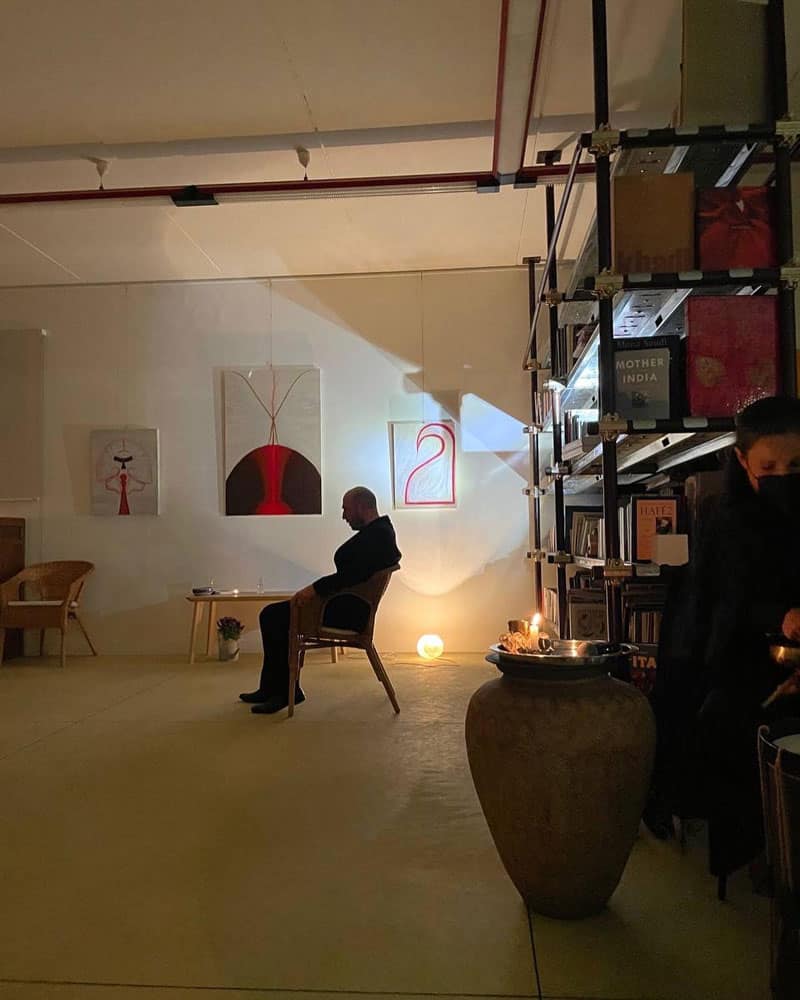 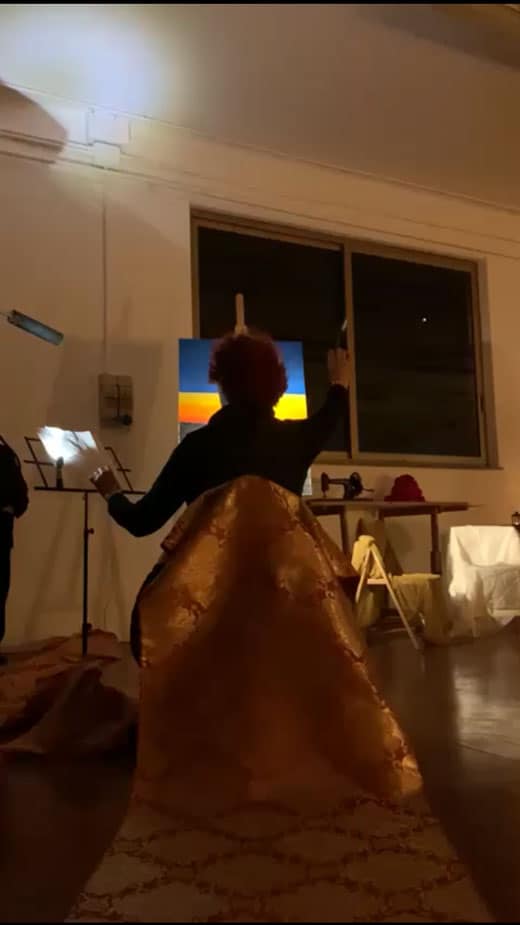 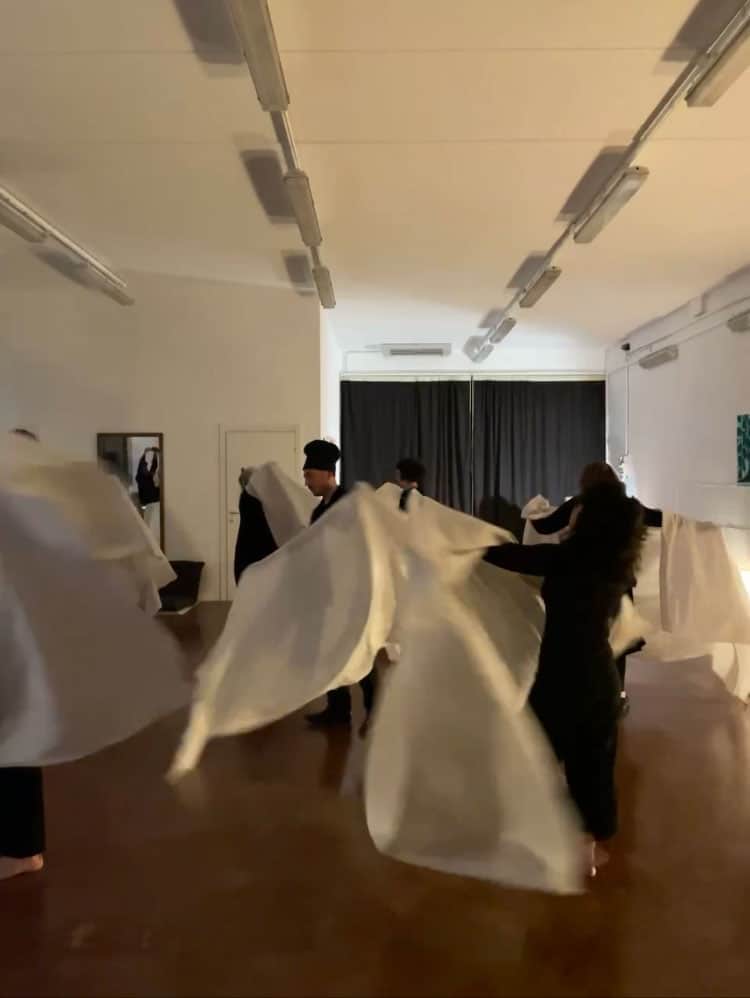 The initiative was launched by Paola, as part of her cultural association Vintulera Teatro, which explores the theatrical tradition of the south through music, philosophy, and meditation. The performance began when Paola asked the audience to form a large circle, thus setting the tone of the evening, and creating a space of great intimacy. Throughout the show, the audience followed the movement of the actors through the space.

Reading each poem and observing the accompanying canvas, the six actors plunged into Rosenda’s world. Compositions such as “the birch forest”, “gash of light” or “the wonder”, were immersed in a mysterious atmosphere composed of drums, candles, shadows and changing lights. The actors transformed into ancient theater choirs or Sufi dancers whirling with white sheets.

A mystical atmosphere, full of spells, heartbeats and Paola’s singing transported the spectators into a state of collected lightness for an evening.

We will inhabit the world

And we will hold each other’s hand.”

From “Inhabiting the world”